The Ascension of Our Lord Byzantine Catholic Church was founded in 1907 in the bustling new industrial town of Clairton by Ruthenian immigrants from the Carpathian Mountains of the AustroHungarian Dual Monarchy, specifically, from the Kingdoms of Hungary and Galicia. These Ruthenians, also called CarpathoRussians, spoke mostly East Slavic dialects and were Greek Catholics: They worshiped according to the Greek or Byzantine rite, followed the Julian Calendar and used the Cyrillic alphabet, but they were under the Pope of Rome. As their language of liturgy and scripture, they used Church Slavonic. For literary purposes they employed a Ruthenian recension of literary Russian. The Ruthenians are noted for a large repertoire of semifolkloric religious hymns.  Often set to hauntingly beautiful melodies, these are still sung before or after Divine Liturgy or during the communion of the faithful. 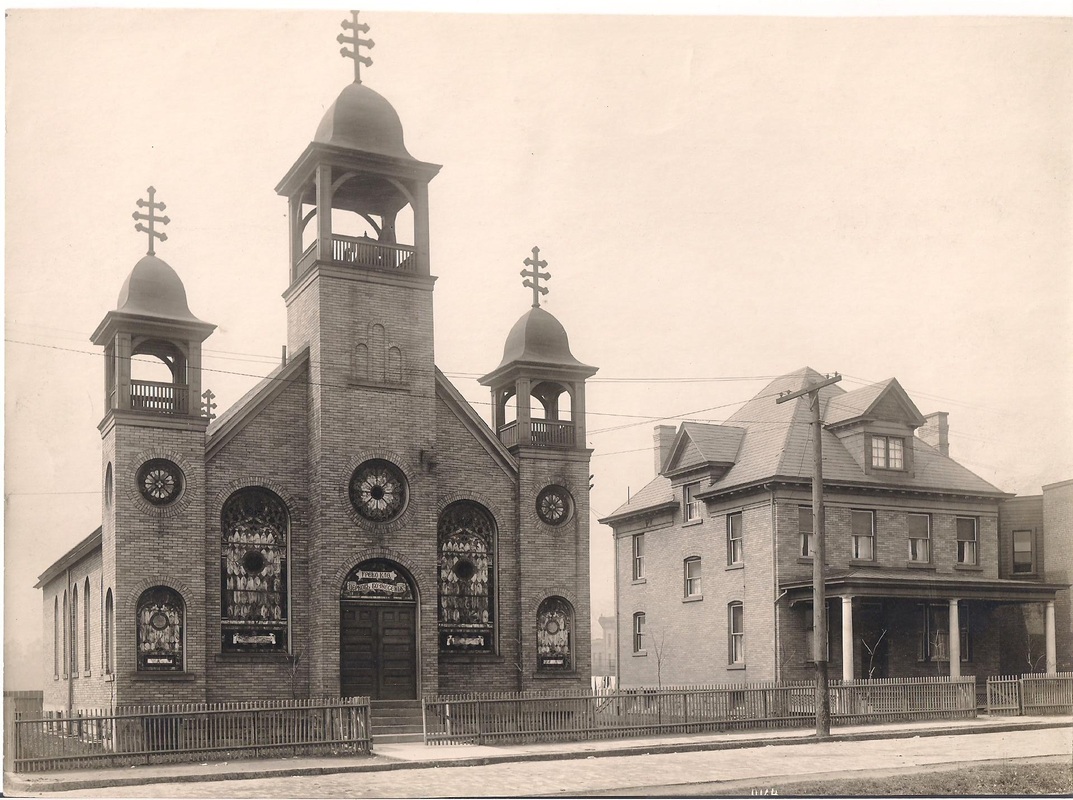